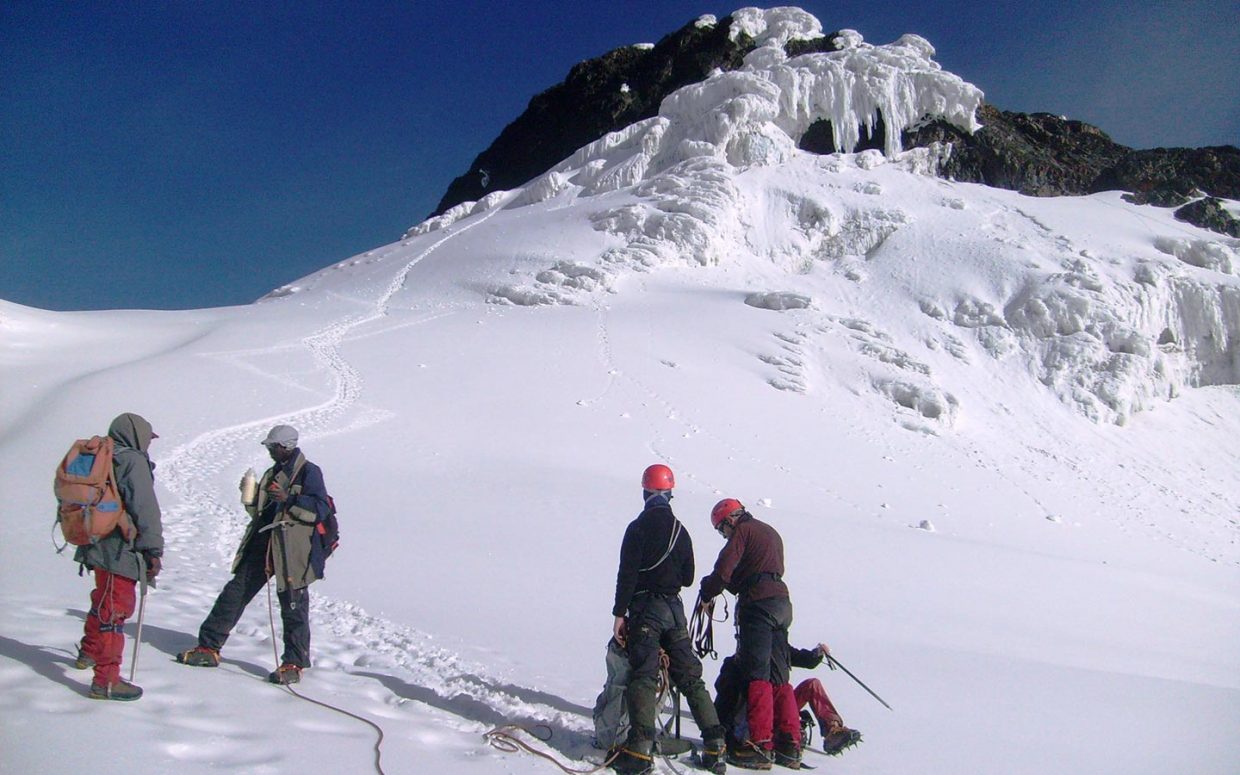 Uganda is blessed with various mountains and volcanoes though mostly known for its Gorilla Trekking, it also offers the most adventurous hiking experience. Mountain Climbing in Uganda complement the popular gorilla safaris making your Uganda safari an interesting and memorable package. Mountain Climbing in Uganda has popular hiking spots include Mt Rwenzori, Mt Elgon, Sipi falls, Mt Sabinyo, Mt Gahinga and Mt Muhabura. With a chance for travelers to encounter wildlife animals especially mountain gorillas in Mgahinga gorilla national park and Bwindi Forest while on a hike.

The summit of each mountain/ Volcano reward travelers with spectacular views of nearby communities, wildlife and other attractions in the neighborhood. Uganda provides various hikes from easy to hard, short to long in order to carter for the different client’s preferences. The snow-capped Rwenzori mountain ranges standing at 5,119m requires 6 to 7 days to complete the hiking the circular circuit on this mountain, Mt. Elgon (4321m) has some excellent trails for hiking ranging from 3 to 7 days, and Mt Muhavura (4127m) is in the many equally rewarding mountain sites with two other challenging peaks to hike. You will also find interesting endemic plant species such as giant lobelia and groundsels; primates such as black and white Colobus monkey, blue monkey and hundreds of fascinating bird species including Golden Winged Tucazze, Sun birds, Ross’s Hartlaub’s and turacos.

Uganda offers some premier mountain climbing destinations which we are flexible in designing a climb and hike that keeps your schedule in mind and of course your budget as you enjoy the views from above.

Also known as the “Mountains of the moon”, Rwenzori is the highest peak in Uganda and the third highest in the whole world. Hiking to the summit of mount Rwenzori is a long trek which last for roughly 8 days to reach Margherita the highest peak standing at an altitude of 5,109 meters above the sea level which has permanent snow and often melts into various rivers flowing to the lowland areas such as river Nyamwamba and River Mubuku. At the base of the mountain is Mount Rwenzori National Park covered with tropical rain forests and home to various animals. Travelers follow different trails depending on their fitness and the endpoint with the central circuit as the longest trail which lasts 8 days and 7 nights to Margherita whereas Mahoma loop is quite easier lasting for 3 days and kilembe trail is the shortest done in only one day.

Located on the borders of Uganda and Kenya, Mt Elgon is yet an interesting mountain to conduct a hike. Standing at 4321m above sea level, Mt Elgon is the 8th highest peak in Africa yet the 4th highest in East Africa and was at once one of Africa’s highest peaks but the continuous erosions have reduced its height to its current. Wagagai is the highest peak of Mount Elgon whose summit shelters the world’s largest caldera, Mt Elgon is a home to a variety of animals such as Elephants, forest monkeys, Buffalos and other small antelopes among others.

Mgahinga Gorilla National Park is home to three conical extinct volcanic mountains and shares borders with neighboring Rwanda and Democratic Republic of Congo.These three volcanoes are part of the 8 volcanoes which make up a chain of the Virunga volcanoes/ the Virunga Massif.

Situated on the Rwanda-  Uganda border, it starts the chain of the Virungas and is a longer hike to the summit taking about 5 hours which makes it relatively a tough hike. It has a small crater lake at the summit across which you get access to spectacular views across of the adjacent karisimbi and Mikeno. Mount Muhabura is the third highest after Mt. Karisimbi in Rwanda and Mt. Mikeno in the Democratic Republic of Congo.

Mount Sabyinyo is best hiked from Uganda and is shared in the borders of Uganda, Rwanda and the DR Congo. The rugged terrain and the many crater lakes on the sides of Rwanda and Congo making it difficult to hike in these countries. The slopes of the mountain are covered in the alpine forest a home to famous golden monkeys providing travelers with a chance to see these endangered species and has the best views of the Virungas stretching across all the three countries. The name Sabyinyo is a Kinyarwanda word translated as “old man’s teeth” due to the shape of the peak in form of three spaced teeth of an old man.

At 3474m, it is a much smaller mountain of the three, situated between Muhavura and Sabinyo offering a short and easier hike though with a bigger crater lake at the summit which isn’t so easy to circumnavigate to gain better views of the other volcanoes and the surrounding areas.

Sipi falls are situated in kapchorwa district on the foothills of Mount Elgon, Sipi falls is worth hiking as it offers a composition of three stunning waterfalls, which originate from the hot springs at the summit of Mount Elgon in the border of Uganda and Kenya. Sipi falls fall roughly 85 meters over the cliff continuing with its course through farmlands and local communities over small rocks to form rapids. The second waterfall is formed after the first fall plunges 65 meters over a big cliff forming a natural shower.

Uganda offers one of the best mountaineering services as you can hike any volcano and enjoy a memorable mountaineering experience of  a lifetime, exciting and rewarding adventure giving you opportunity for the animals and birds in the mountain trails charming slopes through dense montane forest mixed with bamboo belts teaming with bird life. 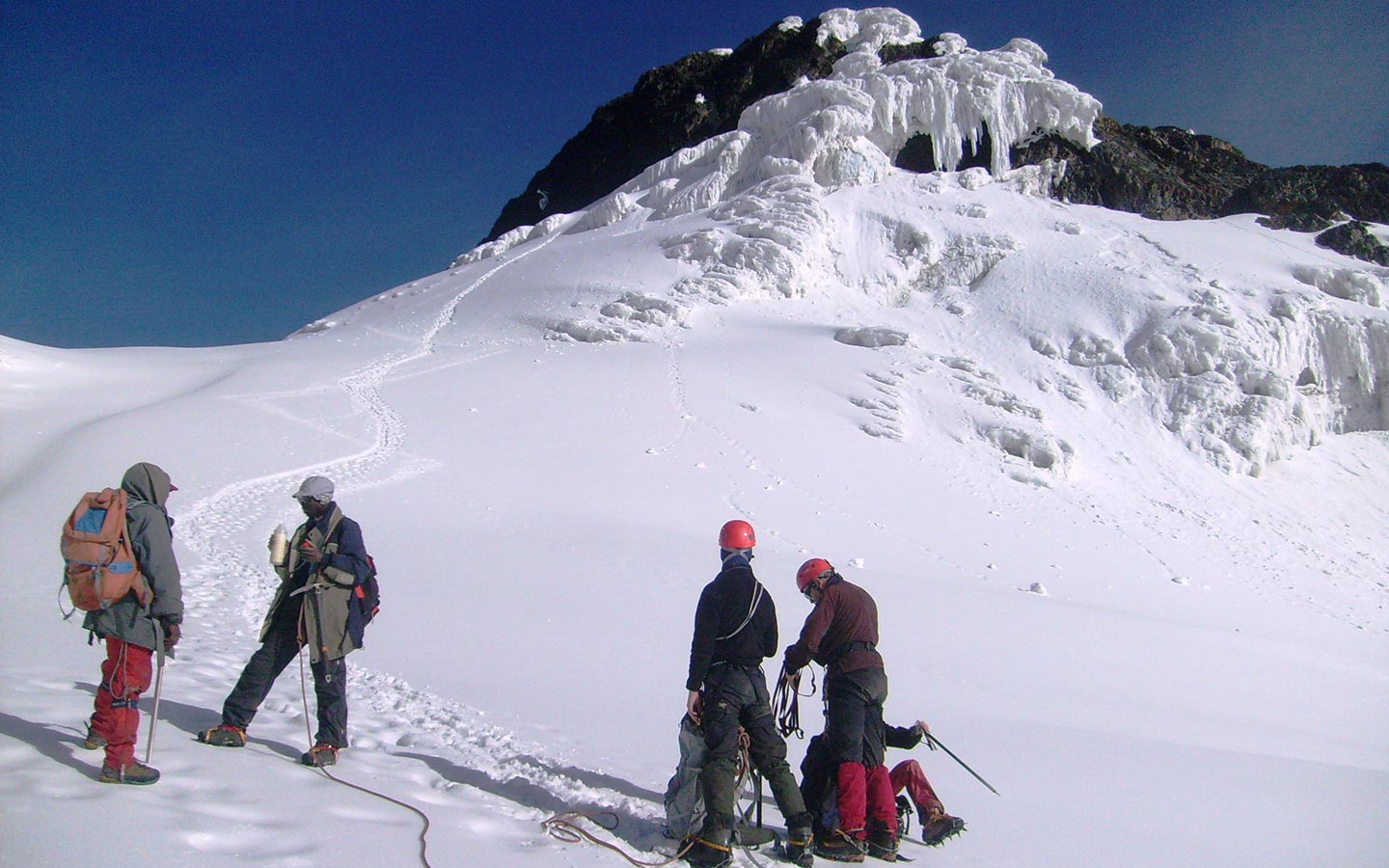 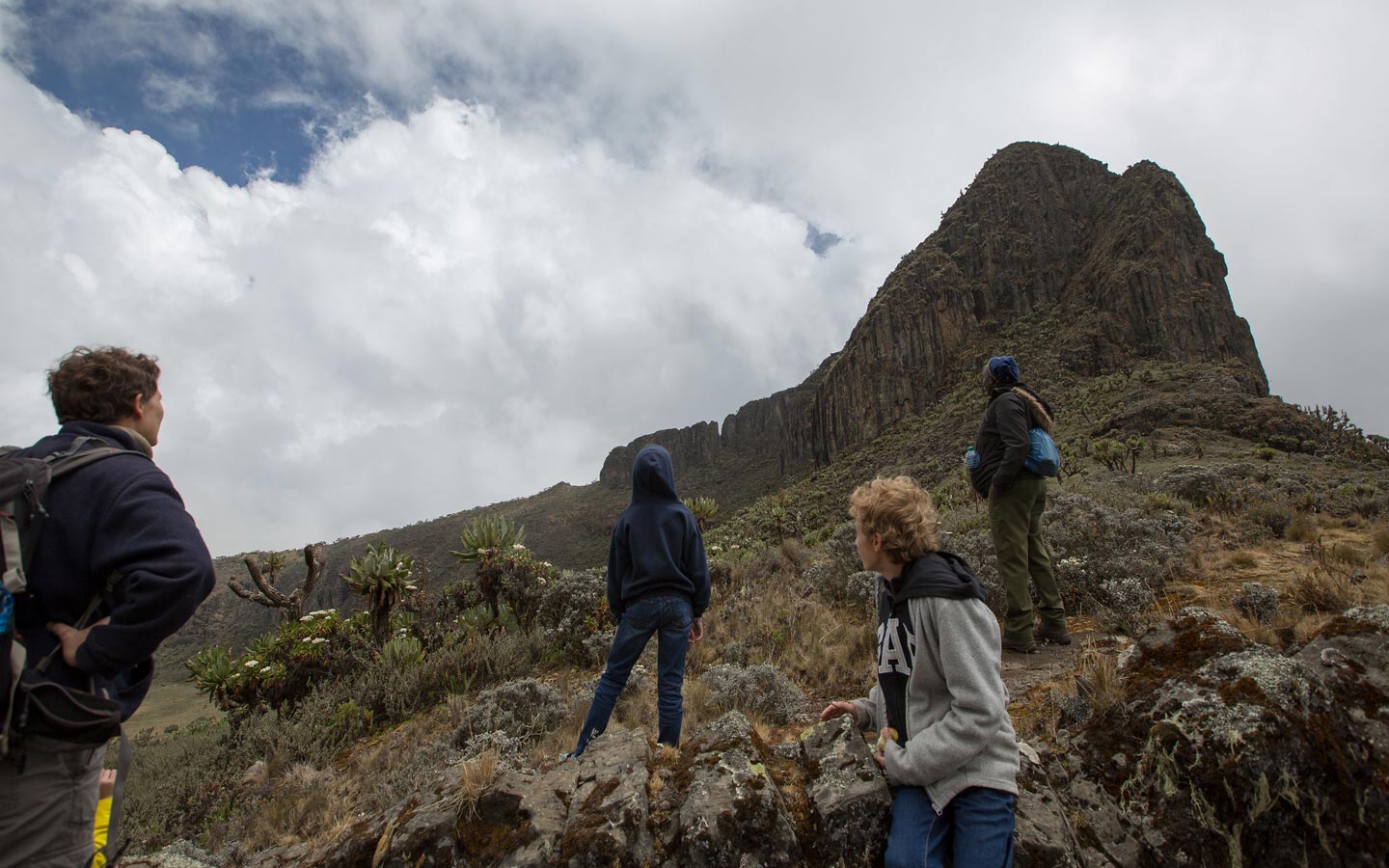 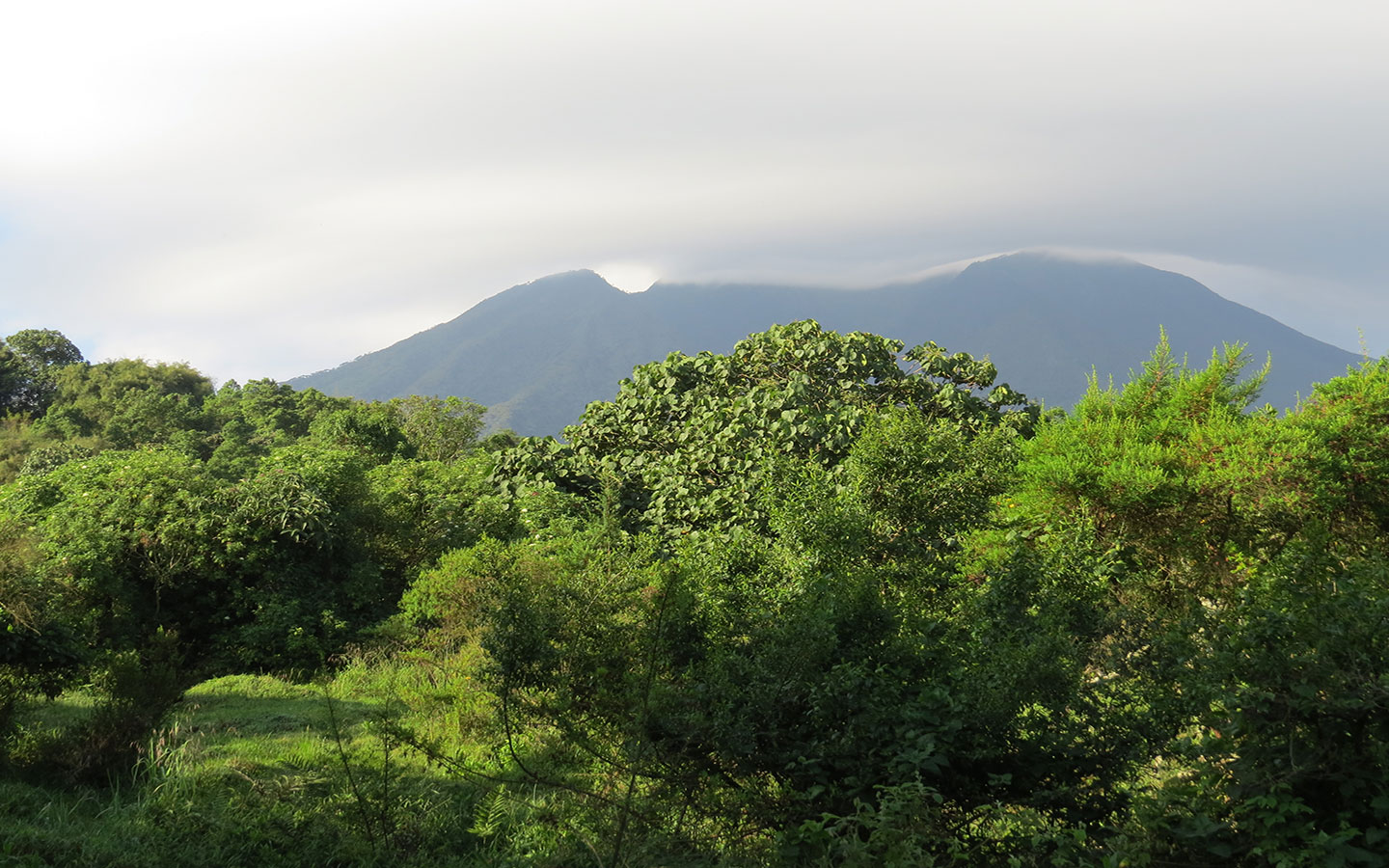 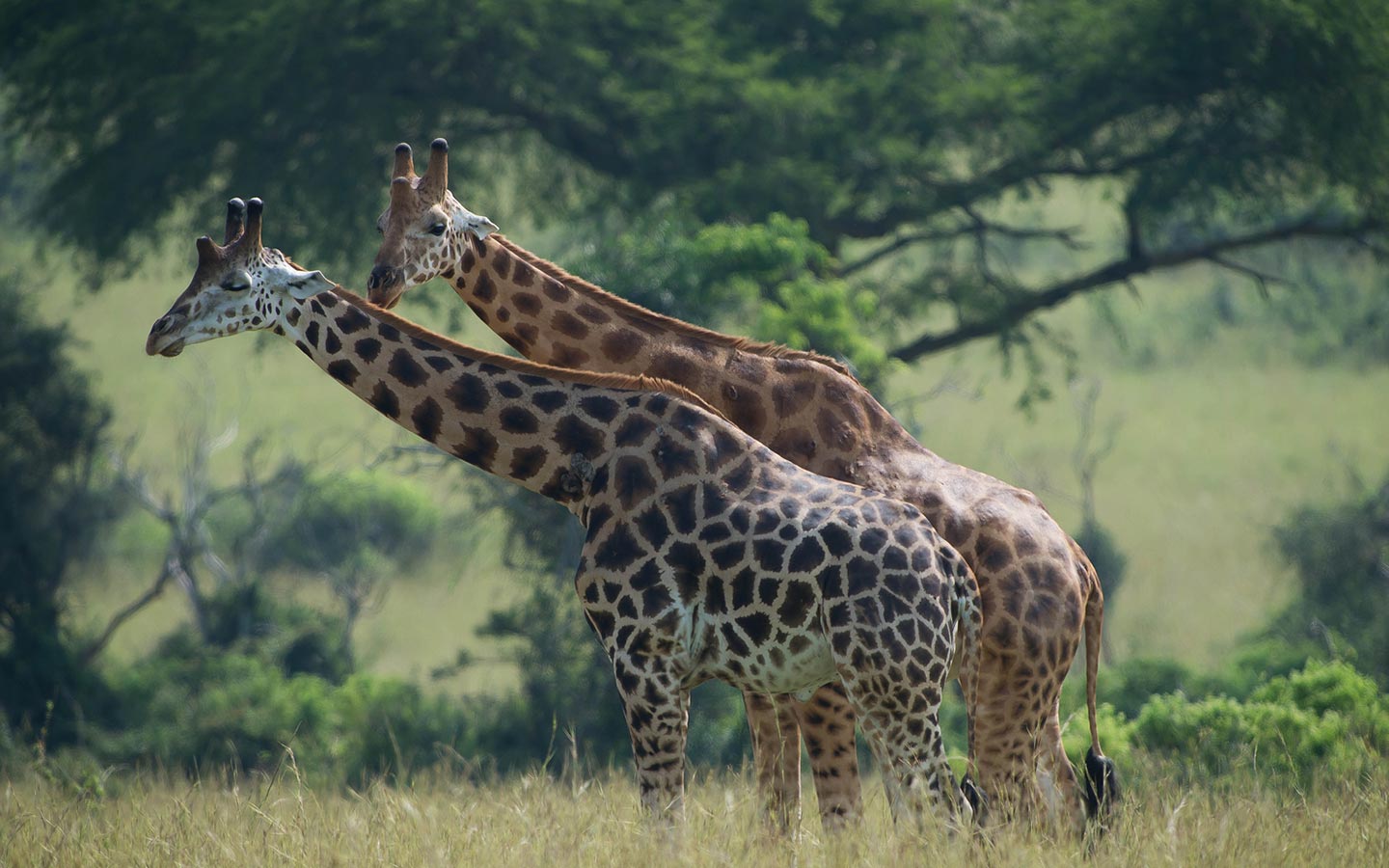 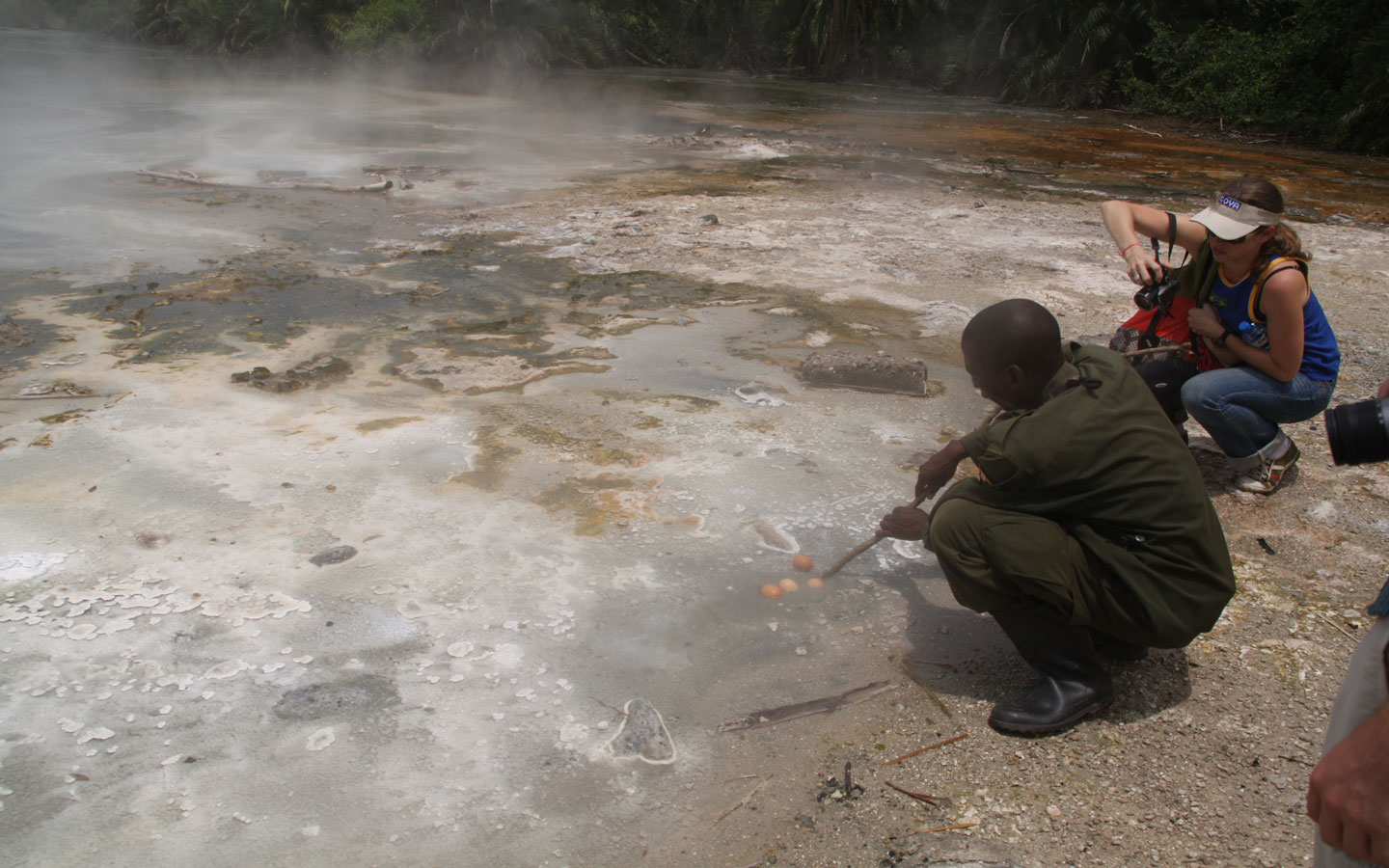